The Inspiring Story of How Maligaon Gram Panchayat, Kushmandi, in Dakshin Dinajpur Embraced Solid Waste Management for a Pollution-Free Environment 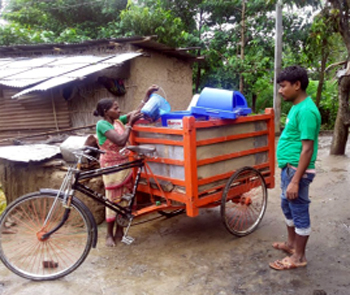 Maligaon Gram Panchayat, under the Kushmandi Panchayat Samiti of Dakshin Dinajpur district, is home to 6,321 families. Agriculture is the main livelihood of the inhabitants of Maligaon. The total population of 26,172 people of the area is divided into 17 Gram Samsads. All of them actively participate in the developmental efforts. During the primary stage of the planning process, in the primary and secondary phase of data collection and analysis, the Gram Panchayat decided to implement a project of perishable and nonperishable solid waste management. They felt that such a project would help them in maintaining the general health of the area and will also act as a means of revenue generation. 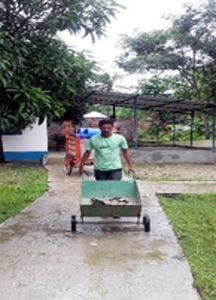 ISGPP and Block administration. The said project was constructed at an expenditure of Rs.25,18,256/- . The entire amount was funded by the State Government under its Mission Nirmal Bangla (Swachh Bharat Rural Mission) in the financial year 2016-17.